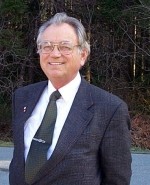 Geist received his BSc in 1960 and PhD in 1966, both from UBC, and became a wildlife biologist. He proposed “game ranching” as a way to be able to use wild animals while preserving them, but later turned against the idea and now crusades against game farms. He believes that legalizing the sale of wild game will create an open market on all animals that live in the wild. He is known for his studies of ungulates like mountain sheep, elk and mule deer.