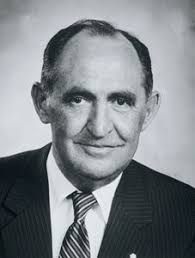 First to synthesize sucrose and many blood chemistry compounds

After obtaining his PhD, Lemieux went to Ohio State University to study the degradation of streptomycin. Lemieux first achieved fame for the synthesis of sucrose—ordinary sugar—in 1953. This is important because, though sugar is a simple carbohydrate, its three dimensional structure is crucial, and Lemieux perfected techniques that allowed him to synthesize molecules in their correct 3D configurations.

His second major contribution was pioneering work on configurational determination by Nuclear Magnetic Resonance (NMR) spectroscopy. He invented the olefin cleaving reagent with von Rudloff in 1955, and invented many other reagents throughout his career. He also made many discoveries concerning antibiotics, and started several research companies, including Chembiomed Ltd. (1977) with the University of Alberta. The other companies were R&L Molecular Research (1963) and Raylo Chemicals (1966). In 1973, he began his famous work on the synthesis of human blood group determinants, and in 1975 published the first synthesis of the B human system trisaccharide. He later synthesized the carbohydrate sequences for six different blood group determinants. These achievements are important to the chemistry of immunology. Lemieux’s current work deals with molecular recognition in biological processes. He has received numerous awards, including the Albert Einstein World Award in Science in 1992 and the Gairdner Foundation International Award in 1985.