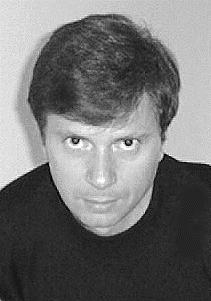 Terzopoulos received his university education at McGill University (B.Eng. 1978, M.Eng. 1980) and MIT (PhD 1984). He does pioneering work in artificial life, an emerging field that cuts across computer science and biological science. He devises computer models of animal locomotion, perception, behavior, learning and intelligence. Professor Terzopoulos and his students have created artificial fishes, virtual inhabitants of an underwater world simulated in a powerful computer. These autonomous, lifelike creatures swim, forage, eat and mate on their own. Terzopoulos has also done important work on human facial modeling. He has produced what is widely recognized as the most realistic biomechanical model of the human face to date. Expressive synthetic faces are useful in entertainment and human-computer interaction, but they can also play a role in planning reconstructive facial surgery, as well as in automated face recognition and teleconferencing systems. Terzopoulos is widely known as the inventor of deformable models, a family of shape modeling algorithms that have bridged the fields of computer vision and computer graphics and have opened up new avenues of research in medical imaging and computer-aided design. Among his numerous awards, Terzopoulos won an NSERC Steacie Memorial Fellowship in 1996.