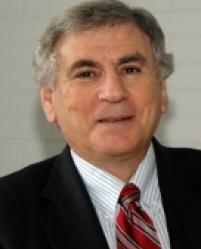 Mel Comisarow is a chemist who specializes in physical or analytical chemistry. He developed a new kind of spectrophotometer called a Fourier Transform Ion Cyclotron Resonance Spectroscope (FT-ICR). It is the single most versatile tool for examining the gas-phase chemical reactions of ions with organic, inorganic and organometallic compounds, and is now used all over the world. In addition, the FT-ICR instrument has great potential as an analytical mass spectrometer, especially for involatile samples. It can analyze high polymers, involatile organometallics, and a wide variety of biological molecules, and show their internal struture. FT-ICR is best known for its ultrahigh mass resolution, which exceeds that of any other type of mass spectrometer.