A couple of years ago news broke about the evidence found for water below the earths surface. I was curious about the likely composition of that water? Would the water (if poured into a pool for example) be habitable to life? Or would it likely not provide a sustainable habitat for fresh water or salt water specific organisms? Would the water contain minerals or acidity levels that would make it *toxic*?

An article from the Washington Post published in 2014 discusses this water that you ask about and refers to a geologist named Steve Jacobsen who has written extensively about this water. It is not liquid water like here on the surface. It occurs in what are called "hydrated minerals”. Water molecules are incorporated into the rock crystalline structure. This only happens under incredibly high pressures and temperatures that exist in the magma of the mantle below the Earth’s crust. This water is only inferred and has never actually been seen. Based on studies, quite a lot of water could be bound inside rocks near the top of the Earth’s mantle, but these rocks are still between 400 - 600 Km below the surface of the Earth. That’s pretty far. It is thought (though not proven) that over billions of years of earthquakes and volcanic eruptions this may be the source of water for our oceans. However, if you could get your hands on this water it would look to you like a rock. There’s a picture in this earthsky.org article. 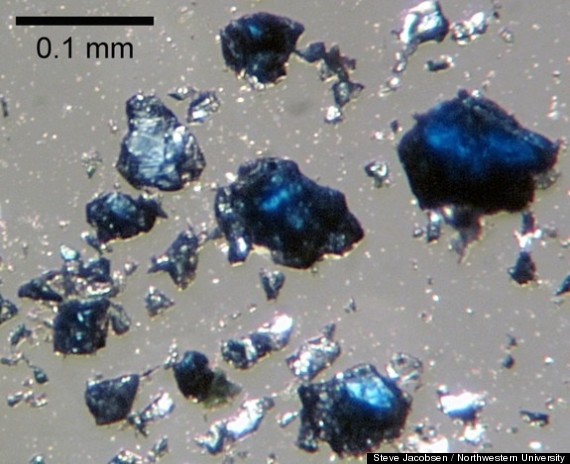 You can’t really pour it into a pool. If you could stick around for a few billion years and watch carefully you might see it “pour” out of the earth, but it would be an exceedingly slow process. A billion years is an unimaginably long time for humans, but long enough to fill the oceans, on planetary time. In fact it would probably come out of the rock as water vapour and condense as rain and fall from the atmosphere.
In theory it should be plain ordinary water, so if you could collect some, yes, it would sustain life. In reality, it would emerge from the Earth so slowly and over so many hundreds of millions of years that it would become suitable to support life eventually, no matter what it contained to begin with.
Frankly, a better way to think of it is not that the water contains minerals, but that the minerals contain water, as is quite clear in the picture of the rock in the link above.
Much more on this topic at Jacobsen’s website.

Add to or comment on this answer using the form below.

Note: All submissions are moderated prior to posting.

If you found this answer useful, please consider making a small donation to science.ca.